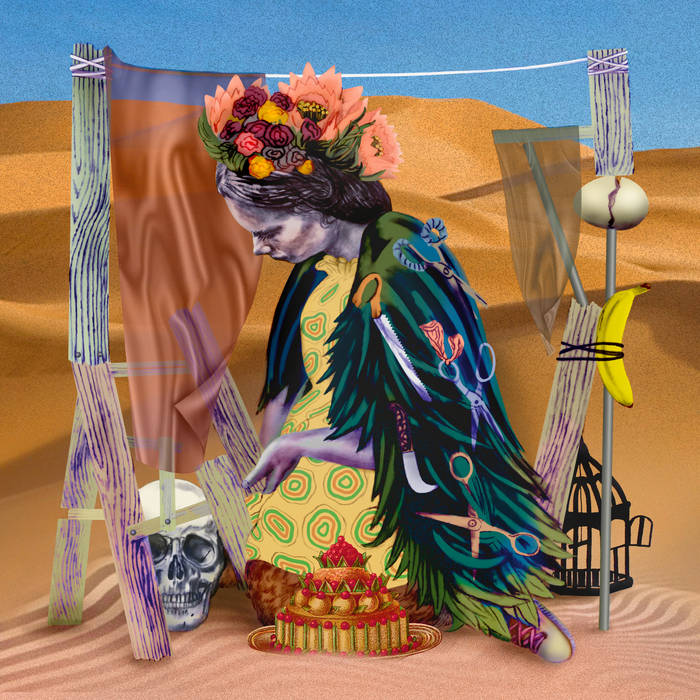 Laura Naukkarinen returns with her 5th album as Lau Nau. ‘Poseidon’ is a suite of luminous, world-weary songs that exist in a world of all their own, treading the line between chamber folk and experimental pop with a distinctly Scandinavian melancholy. Centered around Laura’s beautiful voice and piano, the album also includes a small cast of guest musicians, including cellist Helena Espvall (Espers, Steve Gunn, Damon & Naomi), Swedish composer Matti Bye, and percussionist Samuli Kosminen on harmonium, kalimba and electronics. Each song is a gem of its own, with lustruous melodies spun from the web of seasons, by turns ghostly and earthy.

In Laura’s own words: “I was playing my grandmother’s piano and shortly realised that I was composing songs that were the beginning of a new album instead of the film music I was working on. The songs wanted to be performed by a character called Lau Nau. It’s the melancholic, always dreaming part of me that stands quietly on the stage and shares fractured moments with the audience. The songs on Poseidon are small secular prayers and messages of love, sorrow and care. Poseidon is a god of the sea but also the name of a certain bar in Helsinki. He veils us in the fog when the night falls.”

Cover art by Pauliina Mäkelä. The image was originally a flyer for the theatre piece Tyyppi vs. tulitikku.